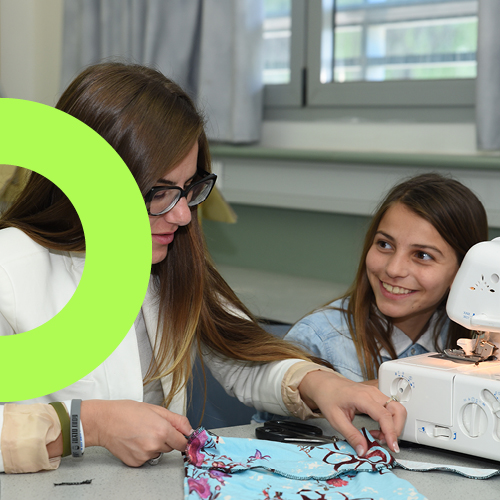 For more than 65 years ORT Netherlands has been actively engaged in supporting educational projects for children on an international scale.

Maimonides Jewish Community School in Amsterdam is one of the newest additions to the ORT network – the school affiliated with ORT in 2019, the same year it was ranked as northern Holland’s number one school.

After the Second World War, ORT Netherlands provided training for refugees from Eastern Europe and Dutch survivors, including many hundreds of orphans and Jewish children with learning difficulties. Quickly the number of students grew across the Netherlands and ORT organized courses in woodwork, bookbinding and clothes cutting and sewing. For most of these early students, the Netherlands represented a short stop on their way to other destinations – mostly in Israel.

From 1948, with the increase in emigration to Israel, the number of ORT students in the country started to decline.

From the mid-1980s until the early-1990s, ORT briefly supported local teacher training programs in robotics, establishing a high-tech robotics laboratory at the Technology Institute of Eindhoven and translating some of ORT’s learning materials for use within Dutch schools.

More recently ORT Netherlands has supported major programs including the Future Leaders Program, the ORT school in Sofia, and the installation of smart classrooms in Israel and Ukraine.