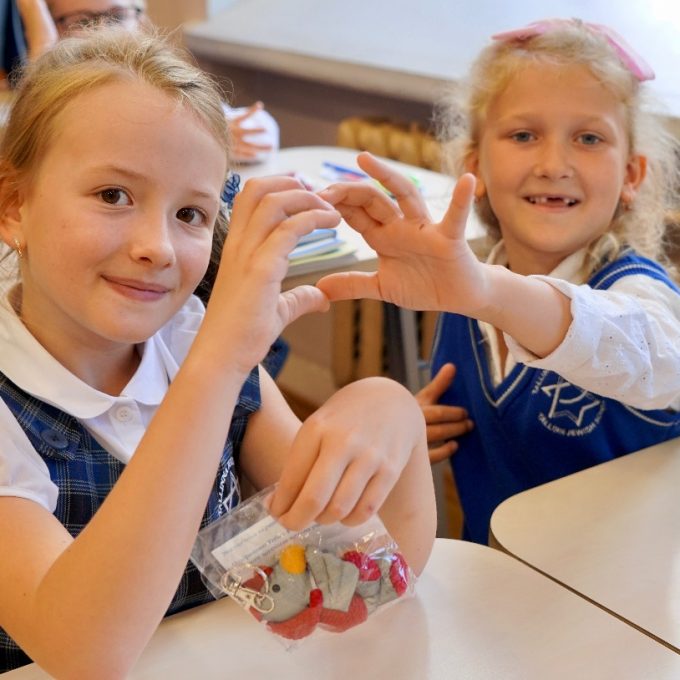 All together now – ORT Day 2019 celebrations span the globe

Thousands of ORT students and teachers around the world have come together to mark ORT Day – the annual celebration of the leading Jewish education network.

It was a day of connection, togetherness and celebration, as students, teachers, graduates and beneficiaries acknowledged their membership of a movement which is passionate about making the world a better place through education.

The events took place in more than 25 countries in the lead up to, and on, April 10th – the 139thanniversary of the signing of ORT’s founding document in St Petersburg, Russia, on April 10th, 1880.

ORT’s dynamic knowledge-sharing network goes beyond borders and cultures and allows all to connect and learn from one another. 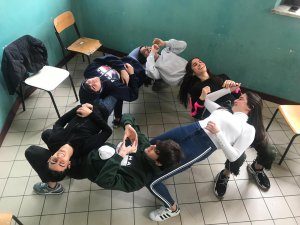 Tagboards erected in schools displayed images of students using the ORT together hand gesture around the world, with the hashtag #ORTtogether used to collate images from across the days leading up to ORT Day itself. 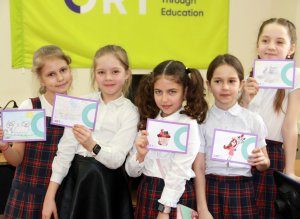 More than 300 pictures were posted of participants creating innovative variations of the ORT ‘O’ logo created using their hands, bodies, cakes, flowers and other ideas.

A postcard exchange between students at different ORT schools saw 280 cards sent between Panama and Ukraine, Madrid and Mexico, and Russia and France.

Alfi Tesciuba, of the ORT Liceo Renzo Levi school in Rome, said: “This year’s ORT Day has had an important impact on raising ORT’s profile among our students.”

One of the highlights of the day was the interactive quiz, featuring 12 teams of ORT students from around the world, including from Moldova, Colombia and Estonia.

Using the Kahoot game-based learning platform, they answered 20 multiple choice questions on the history of ORT and assorted trivia.

Students had prepared in advance by using an information pack in their classes.

ORT Argentina took first place with an unimprovable 20 correct answers, followed by Colegio Isaac Rabin from Panama with 18, and the team from ORT Marseille in third with 17.

The result sparked huge celebrations at the Buenos Aires school, with students hugging each other and chanting in front of the interactive screen.

During a live session broadcast to schools around the world, Igor Zinkov – a student rabbi at London’s Leo Baeck College – answered questions about the internet’s impact on Judaism. 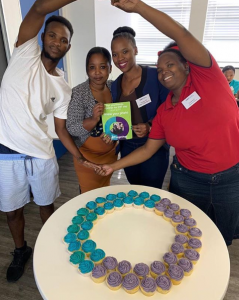 His pre-recorded masterclass – Judaism and Snapchat: Can they co-exist – had been watched by students ahead of ORT Day and covered topics such as whether technology poses a threat to the Jewish religion and culture, with elements including whether it’s possible to engage in lashon hara (evil speech) about a bot on social media.

A masterclass on love, and the science behind falling in love, led by genetic neuroscientists Liora Vilmovsky and Adi Naamati, received great interest from students.

They discussed how oxytocin and dopamine affect different stages of love, and students used the question and answer session to discover more about relationships.

Staff at ORT’s global headquarters in London took part in a competition based on the history of the organization, as well as eating ORT-branded snacks.

Pupils at World ORT Kadima Mada schools in Israel enjoyed International ORT Day a week ago, as the Passover holidays have commenced in Israel.

The team from Levinson High School in Kiryat Yam won the quiz on that occasion, with other participants including students from ORT schools in Rome and Moscow. Israeli schools also enjoyed the masterclass question and answer session in Hebrew.

Staff at ORT’s head office in London joined the celebrations

Natasha Shaw, ORT Day co-ordinator, said: “There are thousands of students, teachers and friends of ORT from very different communities around the world and it’s our ORT connection that joins us together.

“International ORT Day is a great example of how sharing knowledge and experiences can unite us. The ORT family creates a sense of belonging where we can all learn from each other’s passion and perspective.

“It was really pleasing to see how the event has grown since last year, with double the number of participating teams in the quiz, more schools holding ORT Day assemblies, the introduction of the postcard exchange, and every operational country in the ORT network supporting activities for the first time.”

A team from ORT Marseille’s Léon Bramson school won the ORT Day photo competition, seeing off a strong challenge from teams in South Africa and the former Soviet Union.

Cecile Dhour, ORT Marketing Manager, said: “This image is a perfect example of what ORT Day is all about – the students dedicated themselves to creating an image which portrays our beliefs and values in the ORT network – imagination, dedication and especially togetherness.” 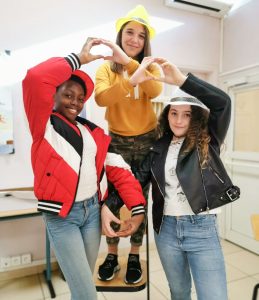 The winners of the ORT Day photo competition

Roger Rosenthal, of Colegio Colombo Hebreo, in Bogota, Colombia, said: “We took part in five different activities: the quiz, a masterclass, the lesson plan, an assembly and of course the social media campaign #ORTtogether.”

He summed up the day as “amazing”.

Every operational country in the ORT network participated in activities:

To support the ORT network and help us do more together, donate here.