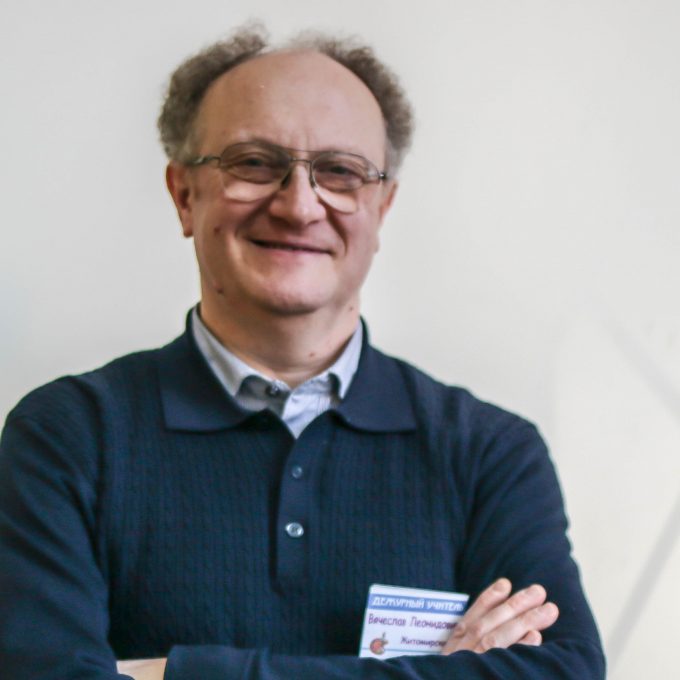 At the de Gunzburg School, Art Adds a Valuable Dimension

In ORT day schools in Russia, the STEM (science, technology, engineering and math) focus is only one aspect of the curriculum.

To ensure young people get a multi-dimensional education and exposure to a variety of disciplines, ORT schools also provide quality instruction in Jewish studies and other subjects, including art.

Vyacheslav Zhytomyrskiy is the art teacher at the flagship ORT de Gunzburg School in St. Petersburg, which opened in 1994. He has more than 25 years of teaching experience, and has seen the evolution of the school and its students since he began working there in 1999.

“When I began at this school, the students were more interested in studying. Now the children are less motivated to learn. Finding a way to reach the child and explaining the importance of school is a new challenge for the teacher. It’s an ongoing creative process,” he says.

Vyacheslav discusses the role of the teacher in a general sense.

“The teaching profession is not considered prestigious in our society,” he laments, expressing a view that is quite different.

“The job of the teacher is very important. We have to be role models for children. A teacher is not just the person who can make the student memorize a paragraph, solve a problem or draw an amphora; a really good teacher should be able to find an approach for each child to learn to think critically, defend their point of view, and analyse what is happening around them,” he suggests.

“The most interesting aspect of my work is communication with the children. When you explain something and a child’s eyes light up with comprehension, that feeds almost any teacher,” he says.

He observes that students are advanced in technology and in mastering information skills and can give advice to teachers, which he sees as favorable.

ORT schools: how do they bring up the children?

Vyacheslav remarks on what makes ORT stand out.

“Children are very busy in school and after school, and they are surrounded by an array of information. It’s very important for a teacher to explain to the child that doing well in school is a choice that could define his or her life.

“If the child has ambition and wants to do something important for the world, a lot of serious study is necessary. And the ORT school gives children the opportunity to receive a good education.”

Earlier, ORT schools in Russia attracted students and families by being equipped with the latest devices and equipment and making state-of-the-art technology readily accessible, giving ORT schools an edge over others. Not all students came from homes with computers, making the ORT school even more desirable.

But now, with computers widely available, an outstanding technology program is not the key determining factor of whether a child will attend an ORT school; other components are taken into account, making the diversity and strength of the overall curriculum a significant influence.

Competitions are part of the ORT educational scope, and Vyacheslav discusses a smart way of making them a useful learning tool.

“Children have become much more reluctant to participate in a competition – not only in a drawing competition, but in competitions in other disciplines,” he says.

He mentions the interdisciplinary approach that encourages participation. “Interest is the only thing that can push a child to participate in competitions – including drawing competitions.

“The most important thing is to diversify the themes. We’re trying to integrate other subjects of the Jewish life cycle into drawing competitions, like traditions, Hebrew and other topics.”