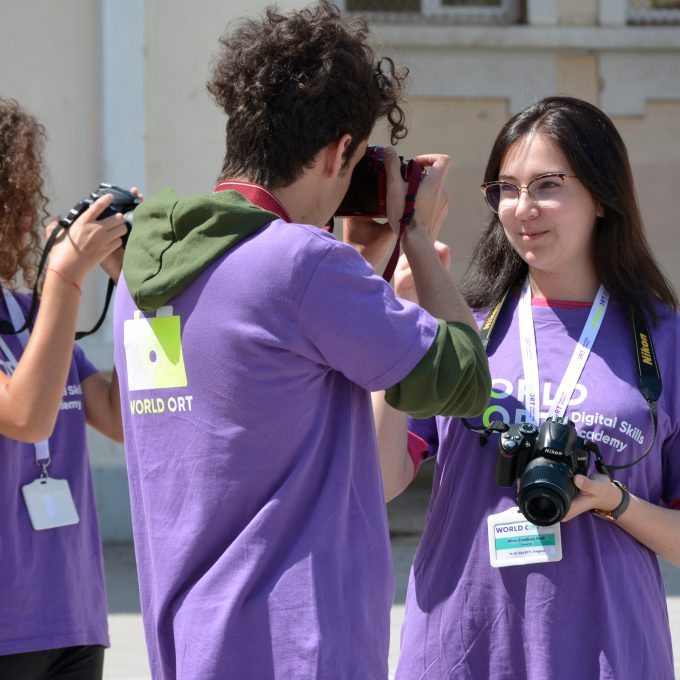 Digital retreat is chance to develop social and academic skills

Filming aerial footage with drones, visiting professional TV studios, and hearing from industry experts were among the highlights of the 2019 World ORT Digital Skills Academy (DSA).

The two-week summer school, hosted by ORT Bulgaria in Sofia, saw 28 students from across Europe and Israel joined for the first time by participants from ORT South Africa and ORT UK, meaning 13 nationalities were represented.

Students participating in the video course worked as journalists, practicing their interviewing techniques at the school’s television studio. Those taking the photography course took photos while experimenting with different composition techniques, and the students participating in the video course spent time in the three television studios and practicing with drone recording.

Next up was a trip to the new studios of BTV – the largest private TV channel in Bulgaria. During this visit the ORT video course students found themselves being filmed – and then broadcast – on the channel itself.

The whole DSA group joined a similar visit to the Nu Boyana Studios, with all students participating in activities aligned with their course. Nu Boyana is the largest film production studio in Eastern Europe, providing state-of-the-art facilities for a variety of projects including feature films, television series, commercials and music videos. 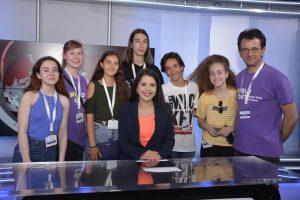 The visit to BTV was a highlight of the academy

Shaked from Israel said the DSA experience had been hugely beneficial.

“The photography sessions, how to work with lighting, studio and strobe lighting – I have learnt how to do it all,” he said. “I hadn’t worked with strobes and soft boxes before, so that was really cool. I like that you can express yourself through photography, not only through words, but in one picture you can express yourself so much. I have definitely grown as a person at the academy.”

Over the middle weekend of the program, the students travelled 150km to the city of Brestnik to work on their individual and team projects in beautiful surroundings while taking advantage of the recreational and sport facilities at their hotel.

Elan from South Africa said the course had helped him grow in a short time.

“I have learnt about interviews, editing them, filming them, and I feel I can now pass this on when I get home. The skills I’ve learnt here can be passed on to others.

“Being on TV was interesting, probably one of the main highlights. Acting was quite fun. I’ve learnt that I can do more than be just behind the camera. There’s a new confidence and I can share that with my peers.” 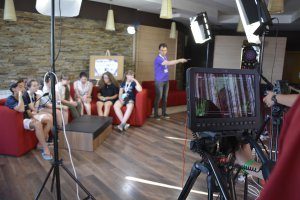 Reflecting on the success of the academy, Daniel Tysman, World ORT’s Head of Education Department, said: “We asked our expert team from ORT Bulgaria to put together a program that would give the participants a summer they would all remember for the rest of their lives.

“These students were selected because they demonstrated talent and a desire to develop their skills and learn more. In Sofia they improved not only their digital skills, but also their abilities to work in teams, take on responsibilities and see a project through from start to finish.”

DSA aims to enrich students’ Jewish heritage and identity while helping them acquire the knowledge, skills and experience to progress their passion for digital technology and enhance their future employment hopes.

ORT’s vision is to place the future in the hands of the next generation and we work constantly to empower students with knowledge and expertise to fulfil their potential.

Read more about the DSA experience, and how the program encourages and values students sharing their knowledge, in this piece by madricha Ayla Estreich.