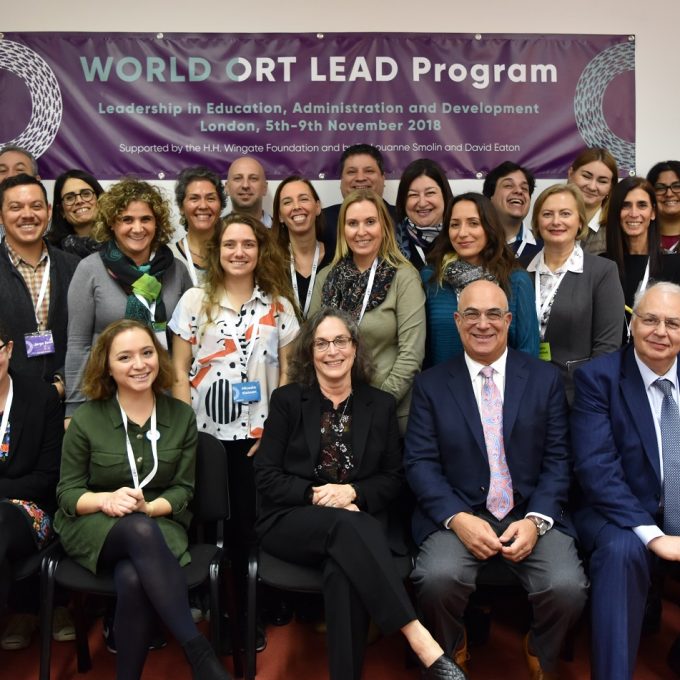 It was the country music star Dolly Parton who said: “If your actions create a legacy that inspires others to dream more, learn more, do more and become more, then you are an excellent leader.”

The American singer-turned-philanthropist may be an unexpected person to quote when thinking about World ORT’s LEAD Program, but her views on leadership were reflected in the actions of delegates at the event in Britain last week.

At ORT we are particularly proud of the ripple effect the work across our global network produces. This is especially the case during the LEAD conference, which provides training on leadership in education, administration and development for ORT school managers and staff from around the world.

During the program, run at ORT’s headquarters in London, 20 educators from 14 countries learnt how to develop and implement positive management behaviours, collaborate with and challenge their fellow mid-level managers and influence the overall performance of themselves and those around them through sharing, coaching and mentoring.

The results of the week’s work were perfect examples of the impact ORT has on individuals, their families, their local communities and ultimately on a national and global stage. 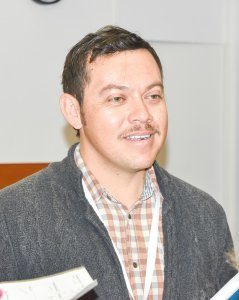 For Jorge Zea, secondary school co-ordinator at the Colegio Colombo Hebreo in Bogota, Colombia, the time spent in London was vital.

“We want to raise students who are citizens of the world, who know the world,” he explained. “Once you know yourself, you can be a good leader – you know where you are, and where you want to be, and if you know that you can lead a team in a better way.”

The seminar was the third instalment of the annual program, and was co-sponsored by the Harold Hyam Wingate Charitable Foundation and by Dr Louanne Smolin and David Eaton, who travelled from the United States to support participants and take part in sessions.

They urged the group to use creativity, discovery and critical questioning to drive their future careers. The course is designed to encourage mid-level managers to develop into leaders and progress to become school principals, senior staff members or community heads.

Daniel Tysman, Head of ORT’s Education Department, said the LEAD Program was a vital part of ORT’s work to ensure staff around the world receive the best possible training and growth opportunities.

“The need for our educators to pause and reflect on their professional development as leaders and to receive training to become more effective in their work is still very strong,” he said.

“Previous years’ graduates have reported that this course has helped them to initiate new projects and they use the tools given to them daily. They report that they are better managers and that their new understanding of how they interact with colleagues has helped them to manage more efficiently – and their teams have become more productive as a result.”

Dr Smolin, a leading urban educator based in Chicago, Illinois, was moved by the experience of joining the global delegates.

She told them: “This has been an incredible experience for me. It’s not usual for a group this size to become colleagues and to learn from each other and to go back into your own circumstances and take a piece of everyone back with you.

“It’s not easy being an educator. In many of our societies we are not the most appreciated of professionals. That you choose to stay in education is very special for me to see. To be able to experience hope has been a blessing for me.”

The course featured sessions on leadership styles, judgment and motivation, and was delivered by two facilitators from UCL’s Institute of Education.

Hagit Lazar, grade co-ordinator and literature co-ordinator at the Yitzchak Rabin High School in Israel, said: “It’s very interesting to meet other people and to learn from them how they see education, how they are educating children in their country. I received a lot of leadership tools. It’s given me something to think about – what kind of a leader am I? A democratic leader? Am I a leader who commands?”

Ana Flores Rueda, an academic co-ordinator at Colegio Israelita de Mexico-ORT (CIM ORT), said when she arrived in London she had received a surprise which left her “a little ashamed”.

Answering questions as part of a motivational exercise, Ana discovered that while she loved her role and believed she was doing a good job, there were opportunities and potential of which she was not making the most.

“When I had the opportunity to speak to other leaders and teachers at the seminar and to understand the exact details of the problem,” she explained, “I realised I am actually very committed to education and leadership, but not in the way I used to be. I am really going to use all the tools. If I had not been here, maybe the years would have passed and I would not have realised what was going on.”

Ana was not alone in feeling the LEAD Program had helped unleash her potential.

For Bev Da Costa, co-director of ORT South Africa Cape, the trip to London had a clear impact.

“We often feel very isolated at the bottom of Africa, so it has been great to see how much we have in common with each other, as teachers and as people,” she said. “We have been taken out of our comfort zones and that’s so useful. We have the same values and the same aims – to change the lives of the children we work with. That’s been the golden thread running through the week for me.”

Daniel Tysman said the week’s results showed the program had “lost none of its relevance”, adding: “We were privileged to have Dr Louanne Smolin and David Eaton, two of our co-sponsors, with us at this year’s seminar and to watch the growth of our delegates as they progressed through the training together.”

The efforts of the LEAD participants, organisers and sponsors will ensure the ripple effect created by their work will be felt across ORT’s network for a long time to come. 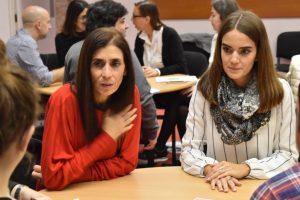