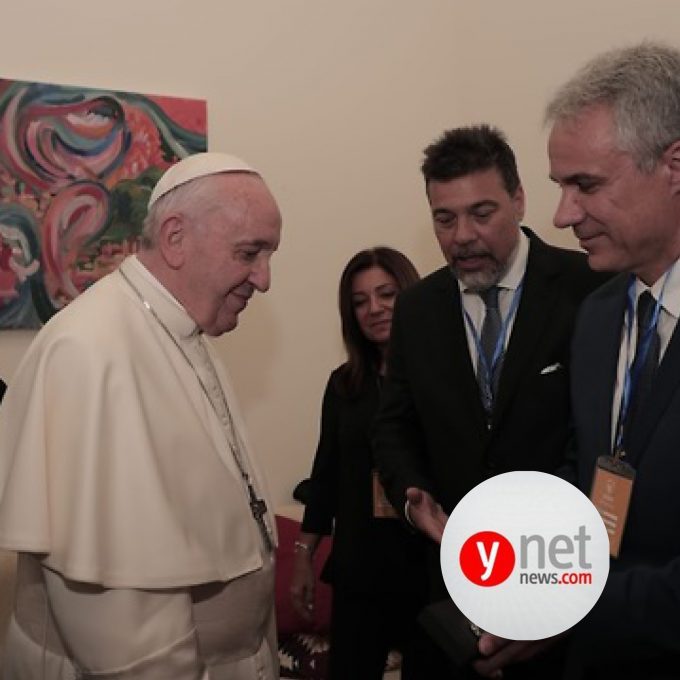 Vatican collaborating with global education network at youth encounter in Mexico to promote education and to encourage a more humane, tolerant and peaceful world.

The event – which will bring together hundreds students from around the world to share their passion, experience and ideas for a more tolerant and peaceful society – is a joint project between World ORT and the Pope’s Scholas Occurrentes Foundation.

This year’s youth encounter will begin on October 28 in the Mexican capital, running until November 1.

It is expected around 60 World ORT students from across the network – including from Argentina, Mexico, Brazil, Colombia, Italy, Spain, South Africa and Israel – will attend.

The theme will be ‘Encounter and Exchange’, with the goal being to generate a framework for 15-to-17-year-olds from different nationalities, religions and socio-economic backgrounds to start a dialogue to promote education and to encourage a more humane, tolerant and peaceful world.

Following the meeting with Pope Francis at the Vatican on March 21, Dario Werthein said: “We are very excited to work again with Scholas at the World Youth Encounter. We share a common goal, that is to create a collaborative environment and promote lifelong education to achieve the socio-economic development of the young students.”

Avi Ganon said: “World ORT is proud to be a link between religions to the next generation.

“In addition to our role as pioneers in STEM education, we are pleased to be a leader in promoting universal values such as tolerance between religions and understanding between people.”

Participating World ORT students benefited from a once-in-a-lifetime experience to meet peers from around the world and strengthen their understanding of different cultures and religions.

Scholas Occurrentes president José María del Corral added: “It is a joy for us to be able to give further opportunities to these young people. We create the space, but they fill it – they are the content, they are the ones who continue to dream our dreams.

“For this reason, we want the Pope to be able once again to bless the meeting for coexistence, knowing that education is the goal of the encounter.”

Avi Ganon and Dario Werthein were joined at the Vatican by Arturo Merikanskas, ORT Mexico President.

The signing of the agreement to continue the youth encounter program is testament to what can be achieved when young people of different cultures, societies and religions come together and collaborate with each other in the spirit of equality, tolerance and mutual understanding.

The World ORT network has always been driven by Jewish values and the desire to encourage the young people of today to contribute to the world around them for a better tomorrow.

• World ORT is a global education network driven by Jewish values. We reach 300,000 people a year, in 35 countries, and World ORT is one of the largest educational charities in the world. We provide a combination of high-level science and technology education with strengthened Jewish identity to bridge the gap between ability and opportunity – and to ensure the continuity of Jewish life worldwide.